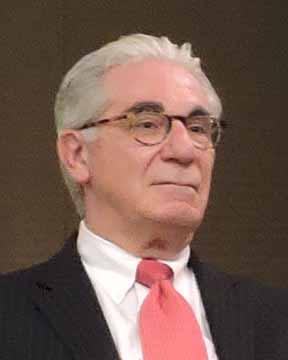 If you want senior management to pay attention give them something that challenges their focus - and understand that their focus is not on how many computers you have or RTO, RPO statistics.  It is on business survivability - will we be in business tomorrow given the issues that we face today.  What is more important to your organization’s continuity of operations – how many computers you have or where your competition will be coming from in the next five years?
Some definitions will help to form the basis for why these terms are the crisis for leadership today:

Post Truth: Relating to or denoting circumstances in which objective facts are less influential in shaping public opinion than appeals to emotion and personal belief:

‘in this era of post-truth politics, it's easy to cherry-pick data and come to whatever conclusion you desire’

Alternative facts: is a term in law to describe inconsistent sets of facts with plausible evidence to support both alternatives.  In some jurisdictions, there are rules governing how a party can state two versions of the facts, such as an absence of the person's knowledge on which one of the alternatives is true.

Fake news: websites (also referred to as hoax news) deliberately publish hoaxes, propaganda, and disinformation purporting to be real news — often using social media to drive web traffic and amplify their effect.  Unlike news satire, fake news websites seek to mislead, rather than entertain, readers for financial, political, or other gain.  Such sites have promoted political falsehoods in Germany, Indonesia and the Philippines, Sweden, Myanmar, and the United States.  Many sites originate, or are promoted, from Russia, Macedonia, Romania and the U.S.A.

The impact of these forces can create upheaval in an organization, leading to reactive response and diversion of attention instead of focusing on achieving the goals and objectives of the organization.  We can see the effect of this media driven turmoil as it unfolds with the Trump administration, creating divisive and unproductive paralysis in the government.

“Regulations, Cyber Crime, “The drop in the oil price” and Global Climate Change—paranoia in a world that is still just a spinning ball with an increasing population; a place where businesses exist today and are gone or “acquired” by tomorrow evening. This is the world of disruption in which risk managers must advise and support business managers to survive and build competitive advantage over peers and over future competitors that do not even exist in the marketplace today. Getting clarity from chaos is the key to success in this new world.”

How does one get “clarity” when we are faced with post-truths, alternative facts, fake news?  How can we assess the risks created by these three emergent phenomena?  Is this an area for leadership focus?  Is this a threat that business continuity plans should consider?  How does one ensure that the organization is getting valid information and that it can respond to post-truths, alternative facts and fake news?

How does one lead in times of uncertainty?

“In uncertain times, it is essential to bridge the conceptual difference between “leading” and “managing.”  Organizations need leaders to show the way forward and instill a sense of energy and inspiration.”

When faced with the challenge of social media and mainstream media, spewing forth post-truths, alternative facts and fake news, how does one create vetted information that serves to inform, connect, guide and unite?  Consider that leaders are often focused on achieving goals and objectives, that may be short term in nature and carry with them tremendous pressures to attain them.  The pressure to produce results can often times override close scrutiny of the deluge of information that is produced by social media and mainstream media.  This creates stress; and stress causes people to react in unanticipated ways, often not realizing the consequences of their actions.  This can lead to a crisis situation that has the potential to mushroom into negative consequences for the organization.

A New Challenge for Planners

Planners perform risk assessments, business impact assessments/analysis, SWOT (Strengths, Weaknesses, Opportunities, Threats) analysis and other types of information gathering and analysis.  Unfortunately, most of these efforts are hampered by the time it takes to organize, conduct, analyze and report.  Generally, by the time the assessment goes to press (report), the information contained therein is dated at best and useless at worst.

An essential element of continuity should be the ability to provide critical intelligence from the most current available information.  This requires “Active Analysis” a term that I created to describe the process of constantly remaking the mosaic that we create as we conduct analysis and develop plans.

The ability to effectively respond to and manage the consequences of an event in a timely manner is essential to ensure an organization's survivability in today’s fast paced business environment.  With the emergence of new threats, such as post-truth, alternative facts, fake news, cybersecurity, terrorism, bio-terrorism; and the increasing exposure of organizations to traditional threats such as, fraud, systems failure, fire, explosions, spills, natural disasters, etc. an “integrated” approach to information capture and analysis is essential.  The “integrated” approach, as presented in my article, “FutureProofing” the Process of Active Analysis” originally published in 2001 and rewritten in 2015 is based on the concept of graceful degradation and agile restoration.  “Graceful degradation” refers to the ability of an organization to identify the event, classify it into a level of severity, determine its consequences, establish minimal stable functionality, devolve to the most robust less functional configuration available and to begin to direct initial efforts for rapid restoration of services in a timely fashion. 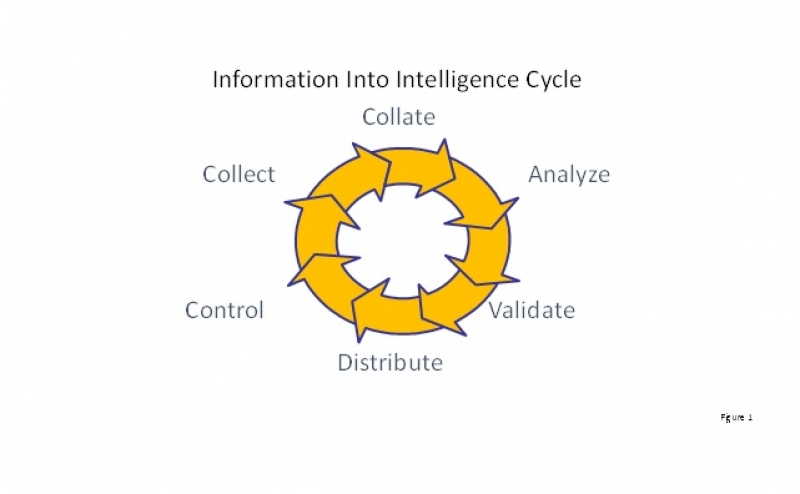 “Active Analysis” is based on 17 analysis elements that can be structured on three levels; strategic, operational and tactical.  Each level of analysis becomes supportive of the next level, either drilling down (from strategic to tactical) or escalating up (tactical to strategic).

The traditional roles of the planner, the risk manager, the disaster recovery specialist, etc. are becoming obsolete.  These roles need to evolve with the times in order to continue to provide value.  However, this evolution need not be painful; expansion of the traditional roles into a merged, coordinated team that is focused on information sharing, joint analysis and integrated planning to support the organization’s strategic goals and objectives can be accomplished.

What does the future look like?  A Chinese proverb states that "Opportunity is always present in the midst of crisis."  Every crisis carries two elements, danger and opportunity.  No matter the difficulty of the circumstances, no matter how dangerous the situation… at the heart of each crisis lies a tremendous opportunity.  Great blessings lie ahead for the one who knows the secret of finding the opportunity within each crisis.

We leave you with some humor and a few examples of half-truths, alternative facts, post-truths and just plain falsehoods.  From the Onion Review we have:

Onion Review – 161 Episodes
The Onion’s recap of the most vital events of the past seven days, completely catching up the nation’s illiterates on the week’s news.

Rand Paul Pretends To Sleep So Dad Will Carry Him In From Car
Obama is currently being chased around in the background of a Secret Service hearing, U.S. officials assure Hong Kong that their protest is just one of many issues the White House is staying silent on, and an old guy at a hostel is down to party.

Sears Extremists Fly Plane Into Willis Tower
The nation’s poorest individuals are at least grateful they aren’t part of the nation’s long-suffering middle class, pictures of a smiling group of people are taken where John Lennon was murdered, and the highlight of an Alzheimer patien...

Kellyanne Conway, counselor to President Trump, attempted to clarify a statement she made in an interview Thursday on MSNBC, tweeting this morning that she meant to say "Bowling Green terrorists" instead of "Bowling Green massacre."

"I bet it's brand-new information to people that President Obama had a six-month ban on the Iraqi refugee program after two Iraqis came here to this country, were radicalized and they were the masterminds behind the Bowling Green massacre," Conway told Matthews. ""Most people don't know that because it didn't get covered."

Matthews didn't stop to ask Conway to elaborate on the so-called massacre, but his viewers didn't miss a beat.

Following the primetime interview, the Twittersphere lit up with comments poking fun at Conway and the apparently fictional "massacre."

There is no documented event referred to as "The Bowling Green Massacre."

The only connection Bowling Green has with anything terror- or refugee-related, pertains to a 2013 ABC News report about two Iraqi refugees who plotted to attack Americans, and who later admitted in court to attacking U.S. soldiers in Iraq. They lived in Bowling Green, Kentucky.

Federal officials told ABC News as a result of the Bowling Green case, the State Department did not process Iraqi refugees for six months in 2011.

From Kellyanne Conway via Good Morning America:
Kellyanne Conway, counselor to President Trump, says she misspoke when she referred to the "Bowling Green massacre" to defend the president's executive order on immigration. But the "massacre" never happened.  Conway's other claim that the Obama administration put a six-month ban on the Iraqi refugee program is also inaccurate.

Our world is full of consequences; consequences to ourselves and to the people and other entities around us.  Our decisions need to be made with the knowledge that the information available has been vetted and verified.  Recognize that all decisions carry with them flaws due to our inability to know everything.  This is especially true in a world with an ever growing volume of half-truths, post-truths, alternative facts and fake news.  Our focus should be on how to minimize the effect of bad information on our flawed decisions.   If we change our thought processes from chasing symptoms and ignoring consequences to recognizing the limitations of decision making under uncertainty we may find that the decisions we are making have more upside than downside. 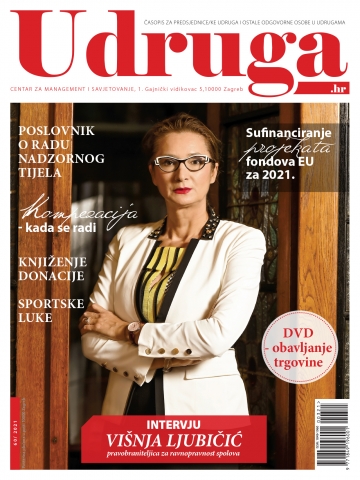